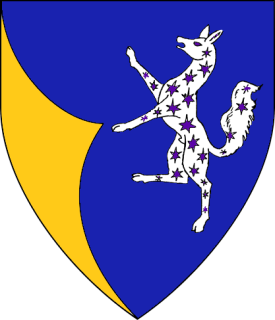 Roll of Arms | Order of Precedence | An Tir Wiki

Silver Yale is the chief Herald of the Principality of Tir Righ, responsible for the administration of the Tir Righ College of Heralds and the promotion and exercise of heraldic activity throughout the principality. Silver Yale reports to the Black Lion Principal Herald of An Tir, serving at both their pleasure and the Coronet of Tir Righ.

This is a high-profile leadership position, with direct supervision of three to five officers, two Baronial Pursuivants, many shire heralds and general guidance of any heralds-at-large.

As such, there may from time to time be more intimate exposure to the private, interpersonal issues of others, where the goal is to help them successfully balance their personal life with their office.

A successful Silver Yale will be:

As a Greater Officer, general responsibilities and requirements are found in Article V of the Laws of the Principality of Tir Righ, including but not limited to specific responsibilities copied below:

Knowledge of any specific function, such as book or voice, are not required for success in this office, but general heraldic knowledge and the ability to quickly learn and disseminate knowledge will be useful. Questions from the populace, from officers, and from the Coronets are to be expected.